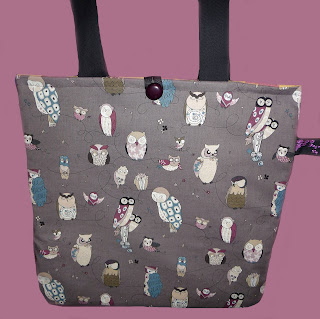 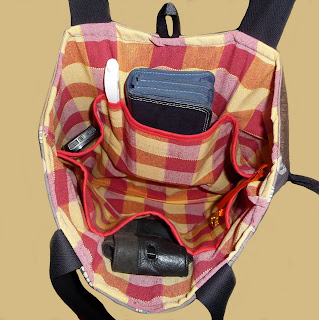 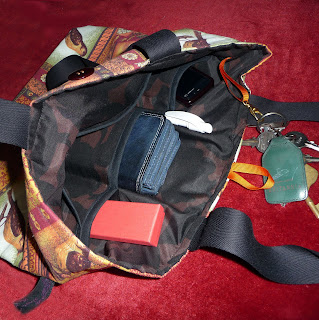 Bags of Swank by SimJaTa has spent the last month conducting some Market Research. I started out asking around what people collected and what they would perhaps like to see on a SimJaTa bag. As you can imagine, fabric hunting takes up a lot of very enjoyable time, but I wanted to be sure I have covered as many angles as possible, in my attempt to cater for most tastes.
To my surprise, it turned out not to be so much the theme of the bag that interested the majority but the construction... The most requests I have received is for organisation, pockets and somewhere to put those elusive keys or identification card, not to mention a more sturdy bag.

Therefore this weekend Bags of Swank by SimJaTa has set to work to achieve these goals. The new bags (which will be available from the second week in February) are to have lots of pockets, including a small pen slot (never find a pen, was one request)and sewn into the lining a key fob with lobster clasp in which to attach ones keys. Also some of the new designs will have a very strong interlining, as you see from one of the photographs shown, so strong the bag can stand up by itself. Not all the bags will be like this, as some customers still prefer the fold up style that can fit into a handbag.

SimJaTa are still interested in chosen themes, so anything you have in mind dear blog reader please do add in the comments box. There will be a large fabric order at the end of the week, still some space for new ideas.

I have a very busy week ahead with one thing and another, not forgetting the arrival of two house guests for a couple of weeks in the form of Labradors to keep my three company, so with the other 2 I walk I will be responsible for 7 dogs this week, might not have as much time as I would like shut away in the craft room at least until they all get used to each other. They do say a change is as good as a rest, might be a long couple of weeks though..
So I have been busy creating some new designs for Bags of Swank by SimJaTa, and sorting through beads and photographing for the destash shop, so hopefully if nothing else I will get a chance to add some new listings to Folksy.

Have a good week everyone, and if I dont get a chance to blog again I will see you again for Folksy Friday.

SimJaTa
Living between a world of crafts, dog care and fundraising. Share my home with the husband and 3 rescue dogs Tess, Jaja and Alfie.